On Tuesday August 20, 2019, the French-American community heard of an unexpected announcement in which the conditions of validity for the E1 and E2 non-immigrant visa were revised. Previously, holders of this visa, based on review of their dossier and validation of their business plan, were granted a five-year visa. Following this latest announcement, the reasons for which are still unsure, the validity has been reduced to 15 months. According to American immigration law, visa categories are aligned with the conditions attributed to American citizens in partner countries. However, there has not been a recent change in the French immigration laws pertaining to this visa category.

Below are a few quick facts about this visa category, followed by important insights from an FACC-NY member and immigration attorney.

Who are the E1/E2 visas intended for?

Which countries are a part of the U.S. reciprocity treaty?

The FACC-NY actively supports entrepreneurs in various sectors through the organization and hosting of pitch nights in collaboration with the binational European-American Chambers of Commerce. Our tech, startup and entrepreneurs committee drives thought leadership for this community and organizes keynotes, panel discussions and fairs throughout the year. Additionally, the FACC-NY actively works to propel the establishment of French companies in the New York region through tailored Learning Expeditions. We're following these developments closely and are happy to connect any of our members to an immigration specialist who can advise on their particular case.

We spoke with FACC Member David H. Nachman, Esq., Managing Attorney, Nachman Phulwani Zimovcak Law Group, P.C., to bring some more clarity to this announcement and what it means for current E1 and E2 visa holders, individuals in the process of applying, or those considering this visa category to launch their business in the United States.

FACC: Treaty Trader (E-1) and Treaty Investor (E-2) visas are commonly referred to as entrepreneur visas and can be granted to citizens of countries with which the United States maintains a treaty of commerce and navigation. Effective August 29th, the reciprocity for France will be revised with validity revised from a period of 5 years to 15 months. What precisely does this mean for applicants whose approval is pending? Will they be grandfathered into the current policy, based on the date of their application (prior to August 29th)?

DN: Based on the information available, the E visa applications that are currently pending with the US Embassy in France (Paris) can still be granted with a validity period of up to 60 months (5 years) if they were adjudicated before the change will enter into effect on August 29th. As a result, the E Applicants who have already been interviewed by a consular officer at the Embassy and the applicants who will be interviewed prior to August 29th should remain eligible for a 60-month visa stamp. However, it should be noted that consular officers can exercise discretion concerning the visa’s validity period; the 5 years validity was the maximum validity period, but the officer has always had the possibility to grant less.

FACC: How does this effect renewals for current E-1 and E-2 visa holders? Are they eligible to renew if they have already spent 15 months in the US?

DN: The E visa can be renewed indefinitely, there is no statutory limit on the time that an individual can spend in the US on an E status. Consequently, individuals holding E visas are and will remain eligible for renewal of their E visas, but these visa stamps will only be granted for a maximum of 15 months at each renewal.

It should be noted that while the visa stamp is required to enter the US, its validity date does not correspond with the length of stay allowed for an E visa holder (I-94). Each time an E visa holder enters the US with a valid E-1 or E-2 visa, this individual is granted 2 years of authorized stay in the US. E status can also be extended in increments of two years while the holder is in the US by submitting the appropriate application to USCIS. In order words, the visa stamp (document in one’s passport) allows an individual to travel outside the US and come back, but the E status can be indefinitely renewed within the US. In our experience, applications to renew E status with USCIS tend to receive more scrutiny than the same applications submitted to U.S. Embassies, and take longer to process.

FACC: Fifteen months seems like a relatively short duration to build a business and ensure its success, a feat that seems even greater when the U.S. is a foreign market to you and you are familiarizing yourself with the business codes, market and regulations. Does this latest announcement place a greater burden on entrepreneurs to prepare their project in advance, from France?

DN: The requirements for the E visas remain unchanged, which means that the initial applications will not have to meet additional criteria in order for a visa to be granted. The issue raised here is pertinent for extensions of these E visas, which will indeed come extremely fast as the E visa holders will have to start working on their applications after less than a year after arriving in the US. While there is some uncertainty as to how the consular officers will adjudicate renewals in light of this new reciprocity rule, it should be expected that their assessment of the merits of particular cases will take into consideration the shortened time the Applicant was permitted to be in the United States for the purpose of developing and overseeing their investment enterprise.

Now more than ever, preparations need to be made so that E enterprises can begin conducting/scaling up their operations as soon as the Applicant enters the United States. With only about one year to develop a sustainable business, investors and traders will have to plan even more meticulously their business’ start-up and make all the necessary studies and calculations before applying for their E visa. Until recently, the investors and traders who had a bad start for any reason (cultural adjustment, miscalculation, bad luck, etc.) had a few years to make the business work. With this new shorter duration for E visas, there is far less time to rectify any issues that arise in executing the E enterprise’s business plan. An important strategic consideration for E visa holders to weigh is that an E visa stamp (valid for a maximum duration of 15 months effective August 29) allows them to travel outside the US and come back, but that they can stay in the US on an E status provided their I-94 remains valid.

FACC: In general, what impact do you foresee this announcement having? Will the number of applicants decrease? Will it negatively impact the U.S. economy (less foreign investment)?

DN: We expect that the number of French nationals seeking an E visa will decrease. It is likely that many French nationals who are in the United States overseeing an investment enterprise and those who wish to do so in the future will seek to enter the United States under another classification.  As immigration lawyers, it is not our area of expertise to predict the economic consequences of any given change in regulations. The share of Foreign Direct Investment in the United States that consists of investment funds from French E-2 enterprises is miniscule, which suggests that any negative economic impacts from this announcement would be limited in magnitude and scope. 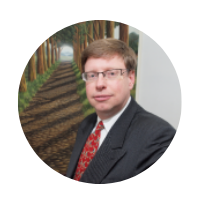 David H. Nachman, Esq. is one of the Managing Attorney at NPZ. He has over 25 years of experience in Corporate and Business Immigration and Nationality Law Practice. Mr. Nachman attended Georgetown University (B.S.); Case Western Reserve University (MBA); and Case Western Reserve University Law School (JD). Mr. Nachman is a member of the New Jersey Bar, the U.S. Court of International Trade, and the U.S. Court of Appeals for the Third Circuit. Mr. Nachman is a Former NJ Chapter Chair of the American Immigration Lawyers’ Association (“AILA”) and serves as Mentor to National AILA members on Business Immigration Law issues. Mr. Nachman was appointed as an Ethics Fee Arbitrator (Since 2014) and he is an Adjunct Professor of Paralegal Studies (Immigration Law Module) at Bergen Community College and at Fairleigh Dickinson University.